GPS (GNSS) logging for older (up to v.6.22) firmware versions

Sample visualization of a walking tour in one of Wroclaw’s settlements in Google Maps based on a snapshot of LOCUS logger memory in GP-1 receiver (dumped to Locus.dmp file) converted to Google KML: 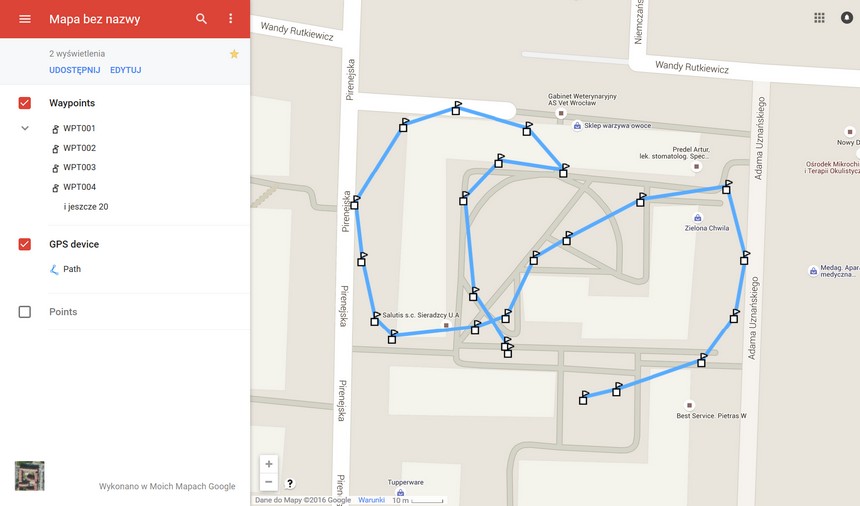 Visualization of the same route in Google Earth: 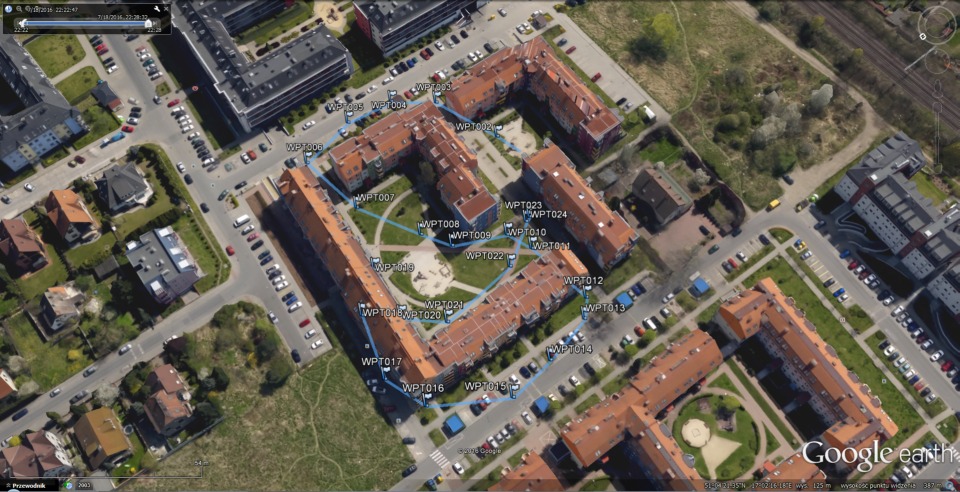 The above images are from logs created with firmware version 6.20. Conversion from Locus MTK data format to Google KML format was done in GPS Babel application. The LOCUS logger embedded in the GNSS GP-1 and GP-2 receivers worked most efficiently with the firmware version v6.20, and a converter such as GPS Babel was required to generate the eg. Google KML file. Also the logging type was independent and not directly correlated with recordins. Since launching the firmware version 7.00, detector can generate a Google KML file from the saved .txt logs directly on the memory card, without the need for a converter. Now the acquired data are uniquely assigned to the recordings and the waypoints on the map can be read in properties of the placepoints. But if our Customers will report the need to log also using the built-in Locus logger (which can be programmed to log more frequently, eg every 2 seconds, as in Titley systems) – then we will add this function to the detector and it will be available in some future downloadable firmware release.