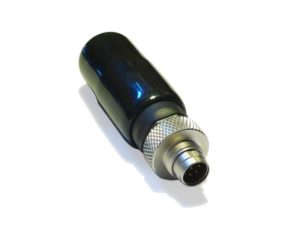 The GP-1 mobile GNSS receiver is designed to receive the signals from two geolocation systems – GPS / Glonass and it can be connected to LunaBat DFR-1 ultrasound bat detector or to our other future devices. Receiving signals from more than one geolocation system significantly increases the number of satellites seen by the device, which can be useful in places with poor sky visibility or poor weather conditions. The continuity of the geolocation is improved, and to a certain extent accelerated the speed and increased accuracy of obtaining the geolocation. The GP-1 receiver is designed mainly to be mounted directly in the expansion slot in the LunaBat DFR-1 detector or to be connected to detector (or other device) via optional extender cable. It works with two geolocation systems simultaneously to keep your location in more severe conditions than if you were using only one system.

When 2D or 3D fix is achieved, it is indicated by a blue blinkin’ LED located above the LCD screen on the detector. The receiver (when connected to detector) can store ephemeris and almanac even after the detector is turned off, and when detector is re-enabled – achieving fix is much faster than at first fix  (this is called: Hot Start mode, when under 2 hours, and Warm Start mode for more than 2 hours after turning off the detector).

Why the GNSS instead of GPS only?

But the situation changes when the reception conditions are worse. The pictures below shows the same receivers inside the apartment in the building (which corresponds to poorer reception conditions and less visibility of the sky, which is common in the real world of field work). You may notice a smaller number of satellites from which we can get a usable signals, as well as a lower carrier-to-noise ratios (shorter bars). In the photo on the left you can see that Garmin device is using only one geolocation system (american GPS) and it is on the edge of maintaining the coordinates, there is “Weak GPS Signal” alert on the screen, because of the reception of only 3-4 signals from satellites. But our GP-1 receiver still has a signal from both GPS and Glonass satellites, and receives a total of 11 usable signals. 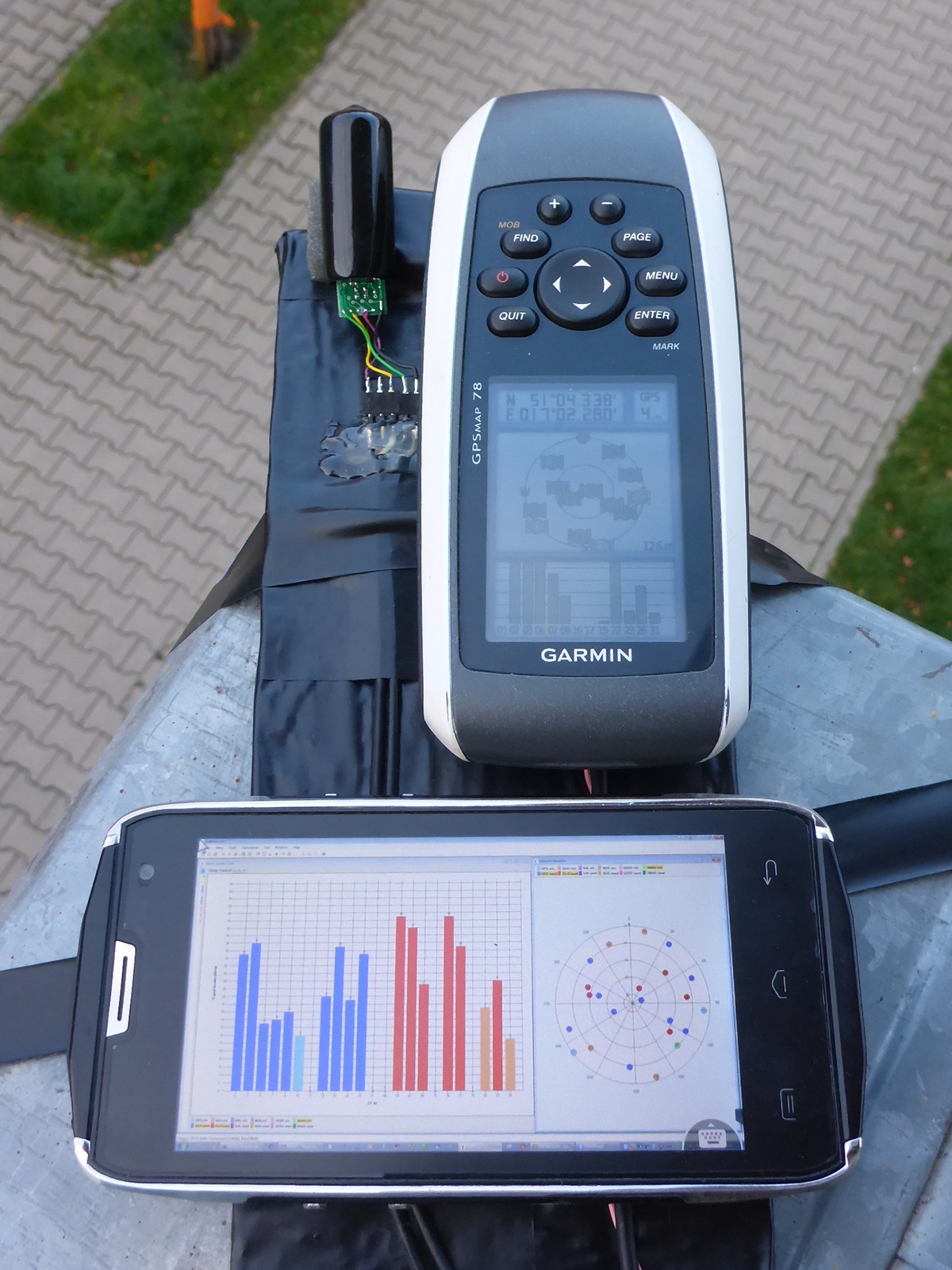 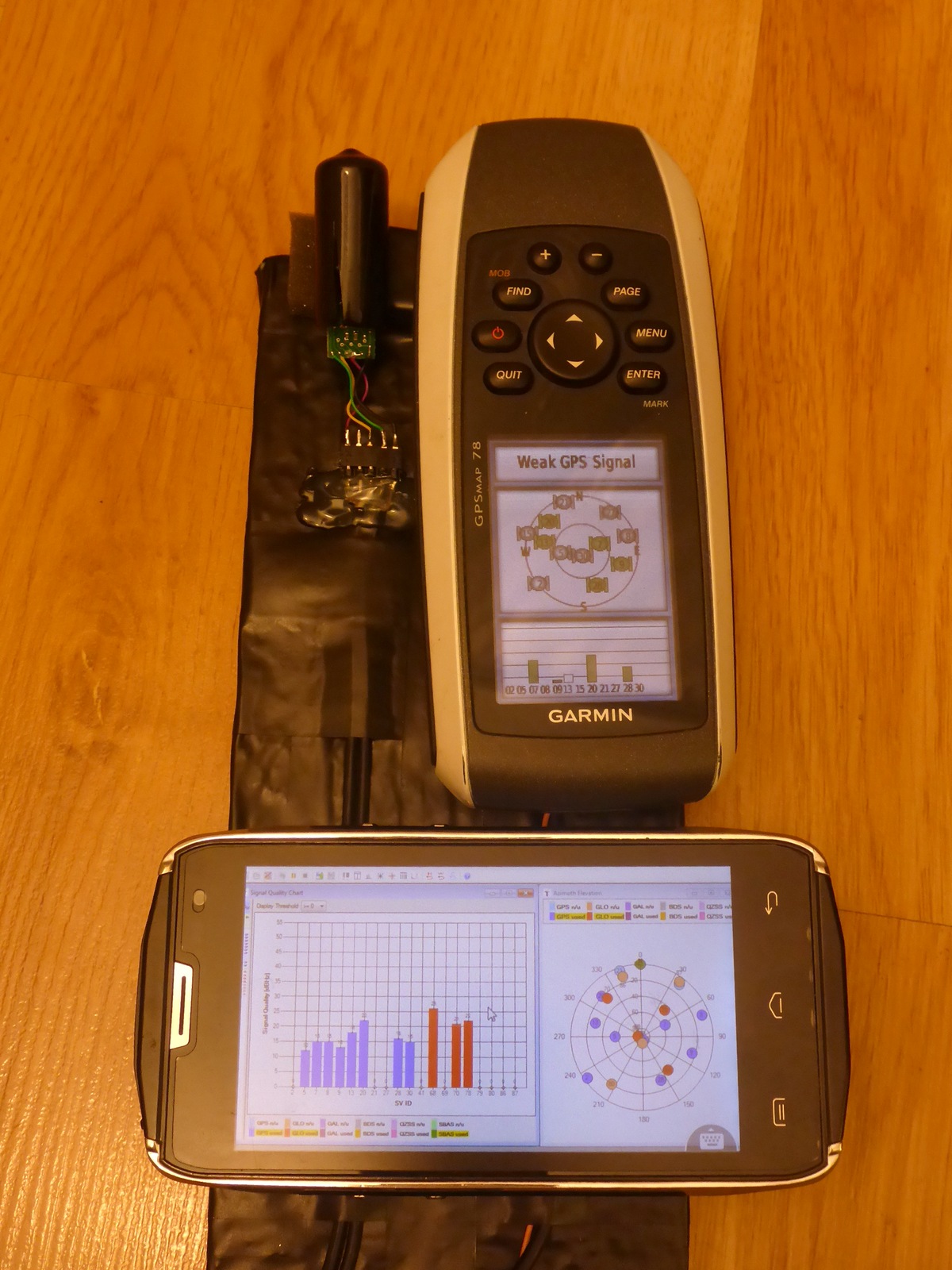 In the photo on the right you can see what the situation looks like when the conditions are even worse: the Garmin device has lost the coordinates (alert: “Lost Satellite Reception” on the display) and the GP-1 receiver still receives satellite signals from both systems (6 signals from GPS and 3 signals ftom Glonass). When conditions get worse even more, and only 1-2 useful signals from GPS system will be available – the correct position from this one system alone would be impossible to obtain, but if we can receive even one or two signals from the Glonass system, we can still maintain the position. The GP-1 receiver can receive signals from both systems simultaneously and use a combination of these signals, so acquiring the position is still possible when at least a total of 3 or 4 satellites are available from both systems together. 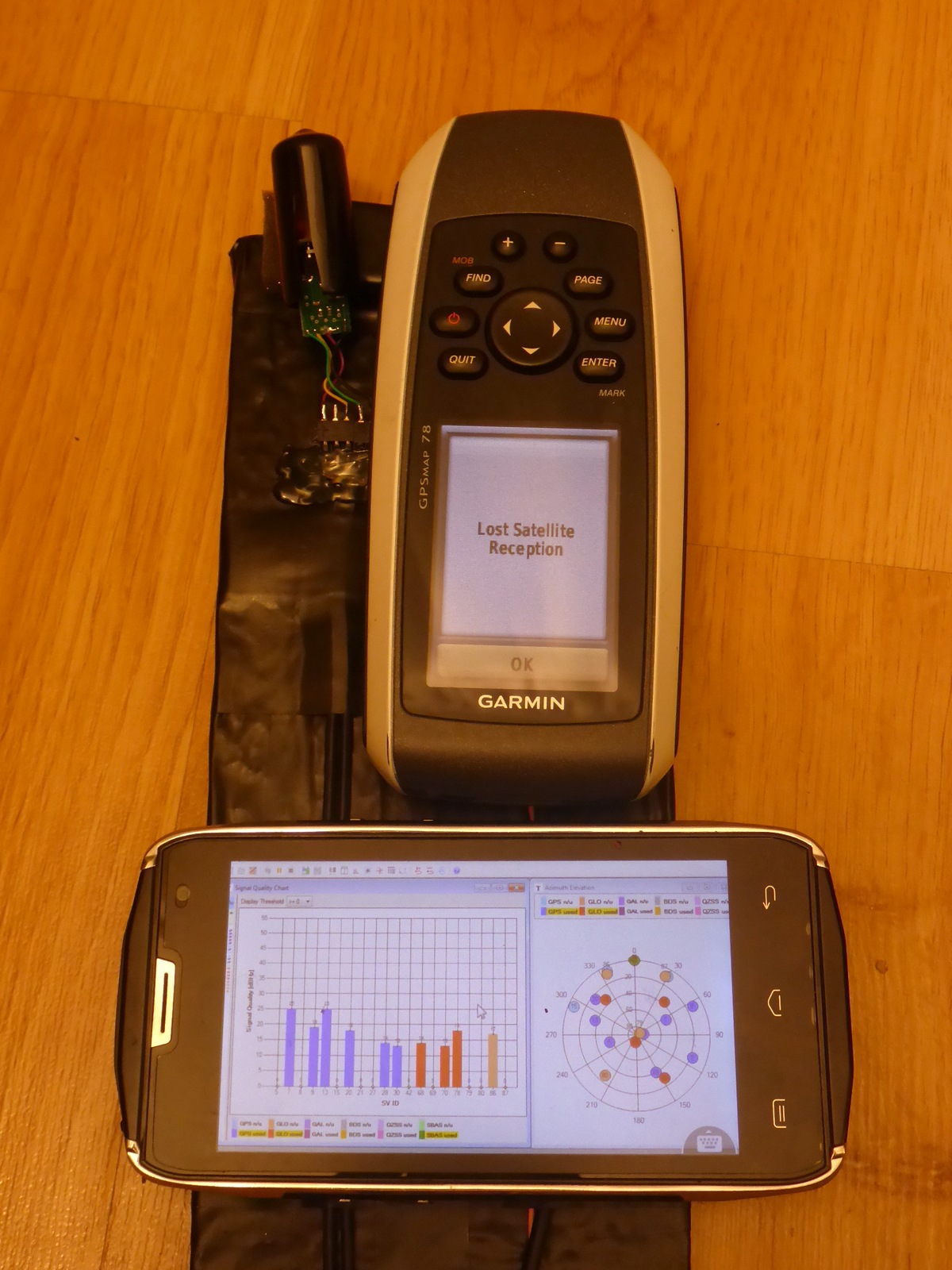 Alternatively the GP-1 receiver can be also connected (via optional custom converter cable) to other compatible equipment*. GP-1 receiver also have a built-in independent MTK Locus logger (used in firmware versions prior to v.7.xx) which can be set to logging the route of the transect every 15 seconds** in the internal flash memory of the receiver. Once its contents is dumped (copied, moved) to eg. a memory card, the dump file could be converted to eg. Google KML or other format using the GPS Babel converter. In the LunaBat DFR-1 detectors since the firmware v.7.xx a Google KML file can be generated directly on the memory card based on the .txt logs written along with the WAV files, so the Locus logger function (however still fully operational) is not needed anymore and temporarily excluded from menu of the current LunaBat DFR-1 detectors.

There is also GP-2 – an automotive version of this receiver – more info HERE.

* – compatible equipment has to be capable of receiving and/or transmitting NMEA sentences and/or PMTK protocol with 9600bps base baud rate (it is default rate of the receiver module, which can be changed MTK protocol). Also the supply voltage for the receiver must be within 3.0-3.6V range.